The Save Our Schools March: Why I Won't Be Marching 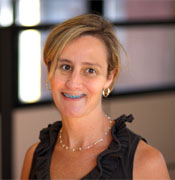 In May, I was appointed as Last Stand for Children First's East Coast Director of Teacher Development.  This has been a wonderful experience for me and I would have to say even more rewarding than either of the other jobs I have had.

In this capacity I have worked to lead professional development for teachers in Last Stand's 5P technique of Prepare, Predict, Practice, Proctor, and Performance.  Frequently, I hear teachers from urban schools talk about the difficulties their students face on a daily basis and immediately feel sorry for these kids being saddled with teachers who have low expectations for them.

Some of these teachers have actually tried to encourage me to go with them to Washington, DC for the Save Our Schools March from July 28th to 31st.   I'm sorry, but the last thing I need to do is hear a bunch of teachers whine about how difficult their jobs are.  Boy, I'd love to have the handkerchief concession for that cry fest.

As I look at the guiding principles of the organizers, I see a lot of talk about teachers, students, and families, but if we are going to get real reform shouldn't we start with eliminating collective bargaining?  All these other issues like child poverty, unequal funding and a well-rounded education need to take a backseat to teachers asking for raises.

I'm not totally unsympathetic to the difficulties of teaching in the inner city.  The very first thing I did when I got my Netflix account was to watch the gripping HBO drama The Wire.  I even watched the second season, which dealt with the docks, but I didn't really get it except it was cool to see Michael's girlfriend from The Office.  I cried when I saw the lives that good kids like Michael and Bug were forced to endure and how it proved too much for them in the end.   However, I also saw a movie called Stand and Deliver and I know if more teachers were like Edward James Olmos, we could defeat poverty through education.   Before you teachers complain about underfunded education, I ask you how many of your students have you tutored. while you made them dinner?

No, I won't be marching to Washington, with all the Union apologists.  However, there was a march on Washington today that gives me hope.  President Obama had an education round table at the White House today and the list of participants inspires me:

When you put people with those kind of expertise on any subject together, what can't they do?  Imagine the company that gave us Vista, the person who gave us America Online, and AT&T together to discuss education?  This isn't Superman, this is the whole Justice League.   Now, this is reform we can all get behind.

Posted by Last Stand for Children at 3:52 PM

Email ThisBlogThis!Share to TwitterShare to FacebookShare to Pinterest
Labels: Save Our Schools, School Reform, SOS March 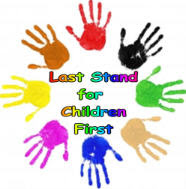